The film industry would not have developed into the enterprise that it is today if it were not for the fact that movie production companies were located in northern Manhattan and Fort Lee, New Jersey. 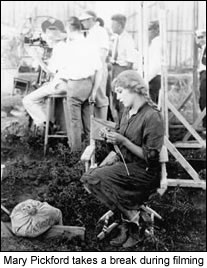 In Fort Lee, such notables as Mary Pickford got their start at the Biograph Studios; she was in movies such as “Poor Little Rich Girl” and “The Violin Maker of Cremona” in 1913. Six years later, Miss Pickford co-founded United Artists with D.W. Griffith, Charles Chaplin, and Douglas Fairbanks.

Marie Dressler appeared in the title role in “The Scrublady,” a Samuel Goldwyn production at Universal Studios. The Wallet-Fox Studios on Main Street and Linwood Avenue in Fort Lee was the predecessor of the 20th Century Fox Organization. William Fox had already opened a chain of movie theaters around the nation. The Audubon Theater and Ballroom on Broadway and 165th Street in Washington Heights was a part of this chain, which opened in 1912. In 1935, 20th Century Films and the Fox Film Company officially merged.

In the Inwood section of Manhattan, the Powers Picture Place, the Christal Film Company, and Yankee Film Company made their home. The Yankee Film Company was owned by Joseph Schenck. Gloria Swanson, a student of Mac Sennett, was discovered by the Vitagraph Studios and got her start at Yankee in 1917. In 1911, four of the movies produced at Yankee were “The Abduction of Parson Jones,” “Her Mother’s Fiancé,” “The Monogrammed Cigarette” and “The Woman Who Dared.” 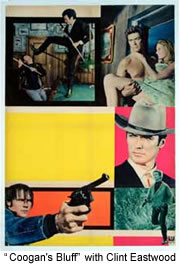 Joseph Schenck went on to become president of United Artists and then chairman of 20th Century Fox, which in time became the parent company of Lowe’s, Inc. He then joined his brother Nicholas at MGM Studios. Vitagraph and its studios were eventually bought by the American Broadcasting Company.

Most of these studios were in operation at the Fort Lee and New York sites from 1895 to 1912. Most of the indoor scenes were done in New York City with the exteriors filmed in Fort Lee. The only way to connect with the locations was by using the 125th Street Ferry to Fort Lee. Afterward, they started to move west to Los Angeles because of the warmer climate during the winter months, thus leaving the area in a sense of loss.

Another movie with some scenes filmed on the Heights was 1948’s “Portrait of Jennie.” Specifically, the scenes where Joseph Cotten visits Jennifer Jones at a “seminary,” which is in reality the Cloisters in Fort Tryon Park. There are scenes filmed both inside and outside the Cloisters, as well as one nighttime scene with Jones and Cotten conversing dreamily as they look over the moonlit Hudson, with the Palisades beyond. An obscure 1950 crime film called “The Tattooed Stranger” also had a few scenes filmed on Washington Heights: in particular a picnic scene in Ft. Tryon Park, showing the GW Bridge beyond.

Some additional films shot in Washington Heights also come to mind. In 1946 there was “From This Day Forward,” which stars Joan Fontaine and Mark Stevens as a Bronx couple. One scene has them engaging in a long conversation on High Bridge, over the Harlem River (then a walkway for Manhattanites and Bronxites). In the background is part of Washington Heights, including the old water pump tower in High Bridge Park. In 1972’s “The Hot Rock,” Robert Redford, George Segal, and Zero Mostel meet under the water tower to discuss a future heist! At the end of 1948’s film noir, “Force of Evil,” John Garfield discovers the body of his Mob-killed brother, played by Thomas Gomez, on the rocks of Jeffery’s Hook, under the George Washington Bridge. A made-for-TV movie of 1967, “The Borgia Stick,” features Don Murray and Inger Stevens fleeing killers across the Metro North tracks on the north side of Spuyten Duyvil Creek. In the background is seen Inwood Hill Park and the Henry Hudson Bridge. In Woody Allen’s 1979 “Manhattan,” Michael Murphy and his wife drive over the G.W. Bridge into Manhattan, and take the connection down to the West Side Highway. A brief scene in 1980’s “Altered States” shows Broadway and Mitchell Square, in front of Columbia Presbyterian Hospital. In 1971, my friends and I decided to shoot an amateur 8mm film, “The Death of Robin Hood,” in Inwood Hill Park. With its huge trees, the park was a convincing substitute for Sherwood Forest. And atop Inwood Hill there were clearings where we shot scenes that included the Palisades beyond, looking for all the world like a distant ridge. The Cloisters, of course, served us as Kirkley Abbey, where Robin was poisoned by the prioress!
Film Studios of Northern Manhattan and Fort Lee

One thought on “Film Studios of Northern Manhattan and Fort Lee”